While most giantesses will enjoy having loads of power over tiny people and will destroy a city out of pure pleasure but are few giantesses who have no intention of harming anyone but will unintentionally destroy a building. All this giantess wanted to do was to look for somewhere to sit and rest as she had walked along way and was getting tired. The giantess then found the perfect building to sit on or so she thought because no sooner as she has sat down the building came crashing down under her sheer weight causing the giantess to fall. Fortunately no tiny people were hurt but the building that she sat on was completely destroyed. When the giantess had realised what she had done she began to panic as she saw all the tiny people running away from her. The giantess wanted to get them back but she was too cause to move as she didn’t want to destroy anything else. 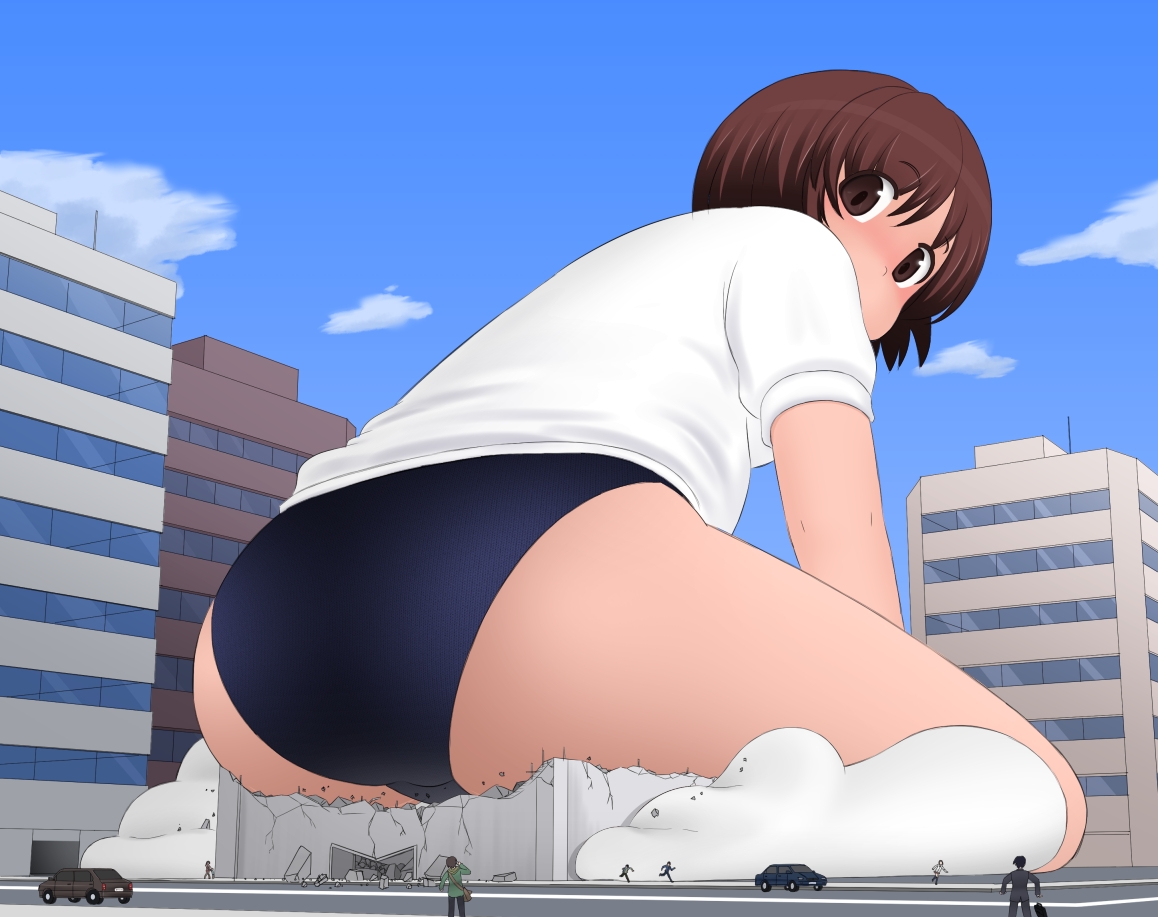 Posted in Pictures | Tagged as: anime, butt, city destruction, in the city, sitting down, sitting on a building | Leave a comment