Giantess just loves some time alone to enjoy her little man weither they are humiliating them or letting then have free reign on her body but when someone disrupts their fun then things an go two ways. If the giantess is evil she will not only humiliate the tiny man she capture but will crush the tiny person who disrupted her but if she is gentle the giantess will either tell the tiny person to leave or she will ask the tiny person to join her in her fun. This giantess had just captured a tiny man and now was sitting in a nice quite spot in a nearby forest. The giantess made herself comfortable as she asked the tiny man she captured to explore her body. The tiny man didn’t have to be told twice as he slowly made his way to her feet. When he got half way up her legs both the tiny man and the giantess were disrupted by a strange rustling noise from the bushes. The giantess and the tiny man could only watch as the rustling noise became louder as what ever was watching them came closer. 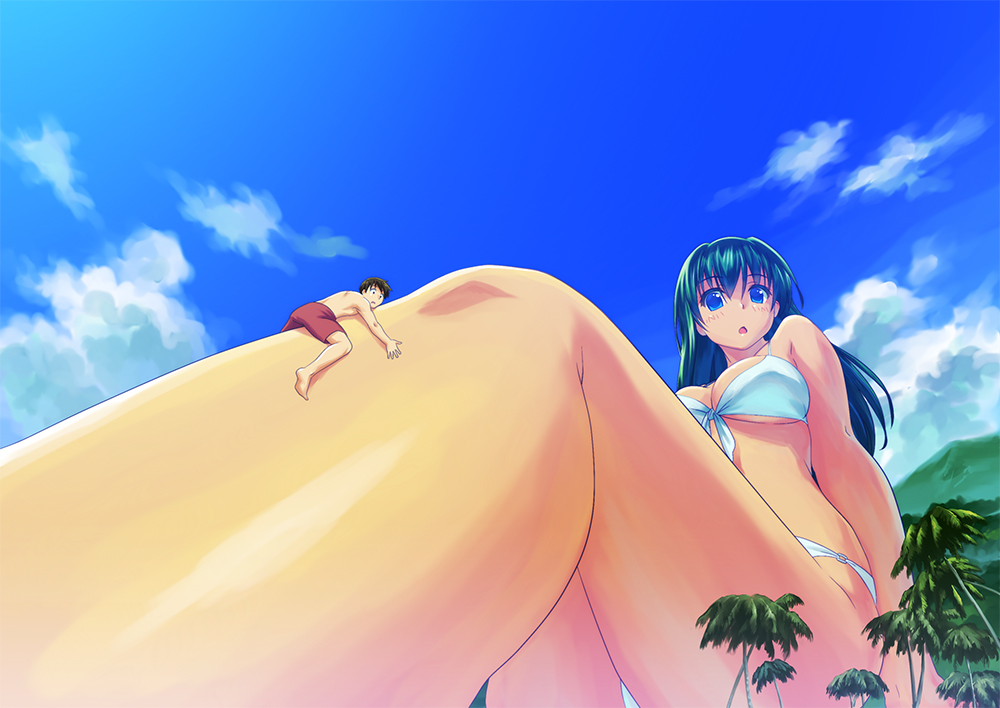