J Yubari and the team at giantess fan present the second issue of the Transcendent. Transcendent is about a future race of people called numans who depend on technology for everyday things until one day one numan grows into a giantess Â and has her way with the city, This comic combines the giantess theme with the sci-fi theme and will appeal to those people who like both giantess and sci-fi. I think this comic has amazing art I like the colours and the design of the giantess. 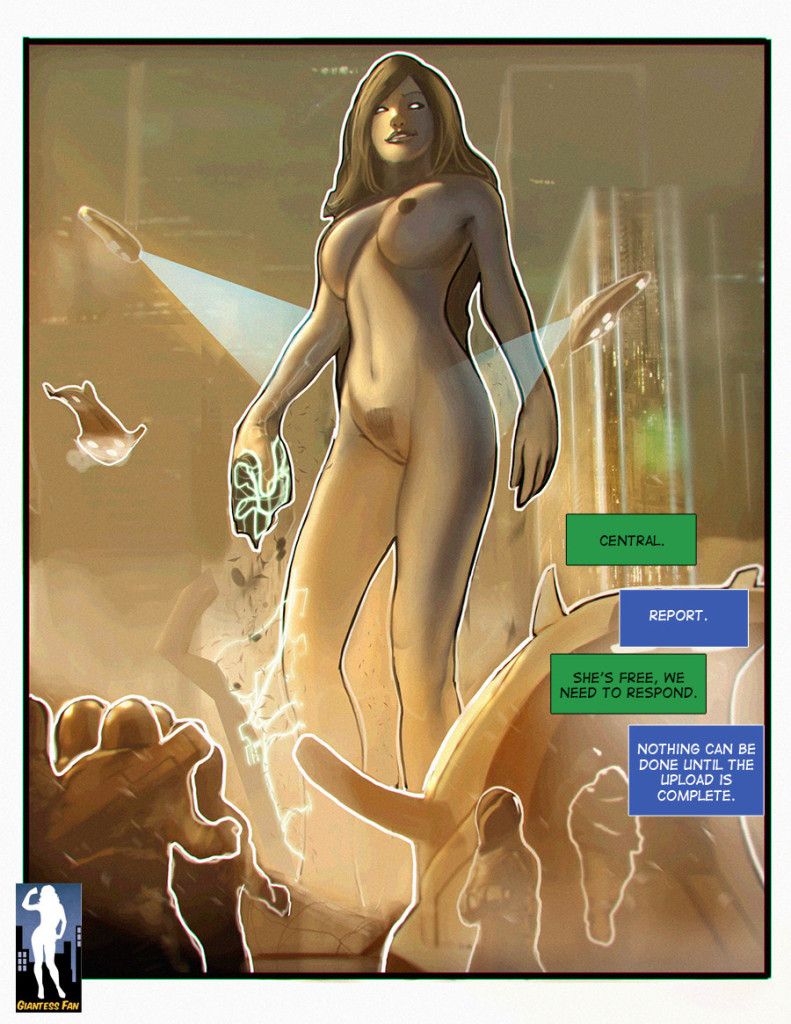 The year is 3724 AD. Humanity has evolved beyond nature to become a technological organism – Numans. Fashion, architecture, culture have all adopted a style that evokes the digital and the organic: Light-infused cloth, energized concrete, and conformity of norms.

The body, including sexual impulses, are tightly regulated by technological improvements. Violent and counter-productive impulses have been eliminated. There is universal peace.

A substance known as Vegor spreads like a virus across the land, threatening the existence of the Numans. A technician named Sera is posed with containing the Vegor but soon finds herself on a routine clean-up effort gone wrong.

Become a member of Giantess Fan and download Transcendent 2 and other great comics today.

Posted in Comics | Tagged as: future, giantess fan comics, in the city | Leave a comment