These Things Are Amazing

As the giantess was making her way through the water she came across a bridge. The bridge alone didn’t amaze her but the small traffic that was traveling on the bridge did so she decided to investigate the tiny objects. When the giantess came to the bridge she found out that they where little cars coaches and lorries. The giantess leaned over to pick up a small car but what she didn’t notice is that she had put her hand on a car and crushed it until it was flat and if that wasn’t bad enough she has caused a major traffic jam as well causing tiny people to come out of their cars. The giantess decided that she would take a few of the tiny cars to show her friends. 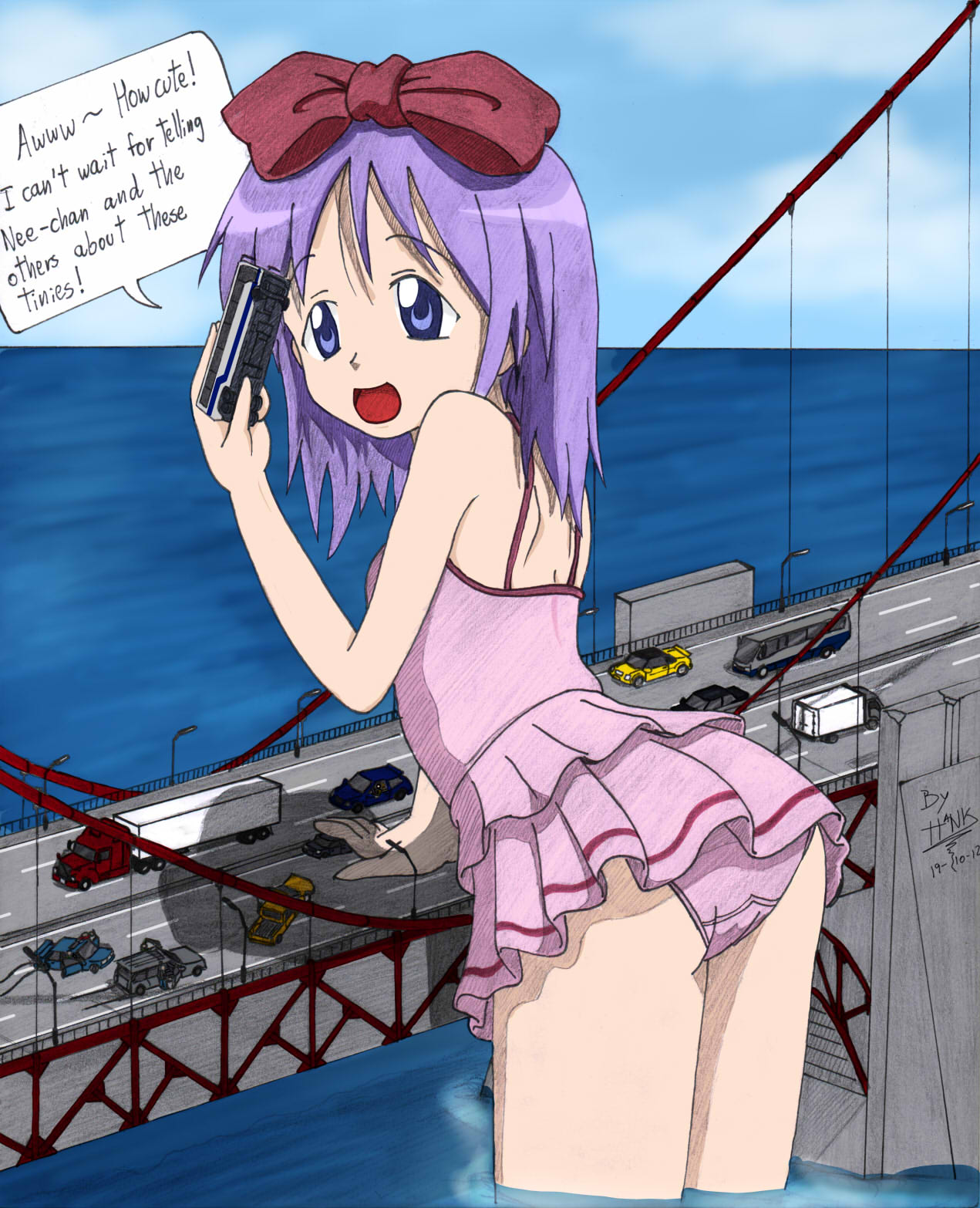