If there is one thing a princess loves to do is to roam around her kingdom making sure things are all in order but there are a few towns that cause problems for her. This town has just build a tower that Â towers over the other houses surrounding it. When the giantess approached it she is unhappy and demanded that they knocked it down at once. The townspeople refuse to take their tower as they had spent ages getting it how they like it. The giant princess is in shock that once of her towns would refuse to listen to her so she decided to give them a warning either their tower goes or their town does. See the tower still standing the giant princess assumes that they refused to do what she suggested so she takes of her shoe and hovers her foot over the tiny town ready to crush it until there is nothing left. 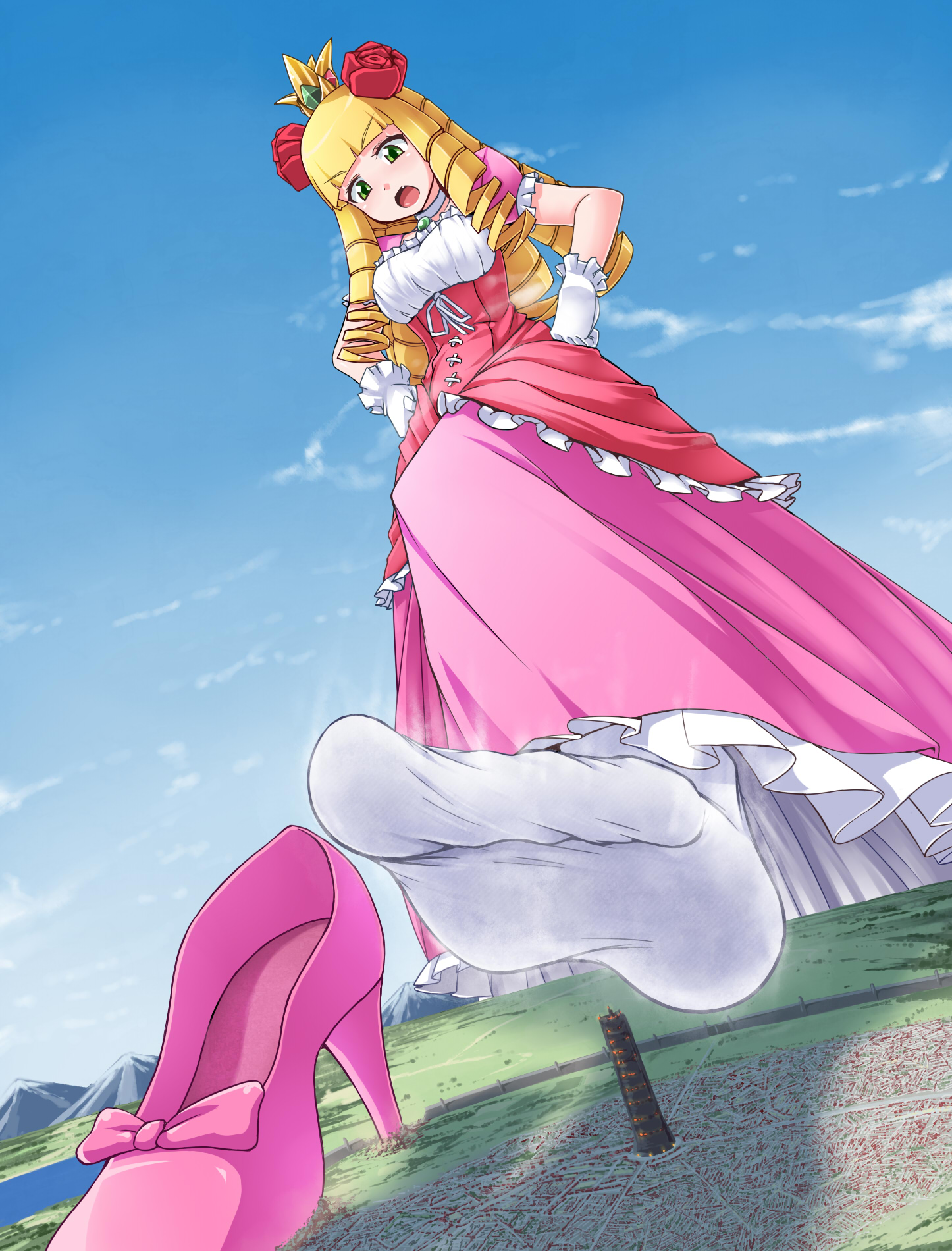