The Over Destructive Cheering Section

Having someone to cheer for you is all well and good but when that someone is a giantess things can get pretty destructive really quick and she can only make things worse when she brings a bunch of her closest friends to cheer with her as six giantesses are much more destructive then one giantess. These giantesses were originally supposed to cheering but the fact that they where in a tiny city was just too much to to resist and instead of doing what they were supposed to do the six giantesses decided to have a bit of fun with the city, Some giantesses decided to play with the ships while others just destroyed buildings under various parts of their bodies and nobody could stop them. 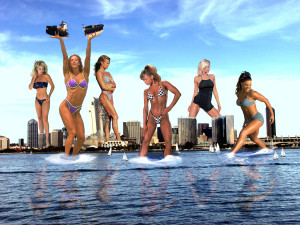 Posted in Pictures | Tagged as: destruction, in the city, multiple gts | Leave a comment