While on a voyage a ship got hit by a storm. The crew on the ship where all scattered and one of the girls got washed up on a desert island. The island was inhabited by a race of tiny people. While the giant girl was passed out the tiny people tied her down so she couldn’t move. The little people where in the middle of putting ropes around her when all of a sudden she woke up. To her surprise she found she was tied up and saw some people run from her while others just stared at her in disbelief. 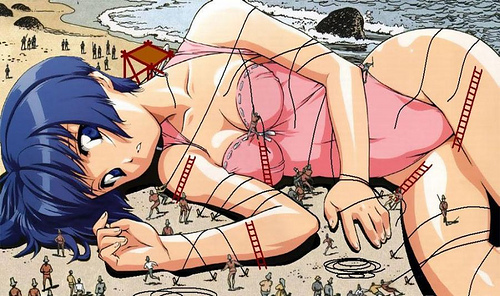