Being tortured by a giantess can be bad at the best of times but when two giantesses torture a tiny man it can be a real nightmare as a tiny man is less likely to escape and the giantesses are more likely to have fun torturing a city full of tiny people. When this giantess arrived in town she didn’t count on seeing that another giantess had claimed this city for herself. The tiny people that were left expected the two giantesses to have a fight but instead they decided to join forces and torture the tiny people together which was good news for them but bad news for the tiny people on the street bellow. One of the giantesses would simply pick up a tiny man and either eat him or play with him but the other one took a completely different approach and instead of just picking them up she would offer her hand out to them. If a tiny man chose to climb on her palm she would either eat them, play with them or simply keep them as a toy if she found one cute enough but if they chose not to climb on her palm she would simply crush them or sit on them. 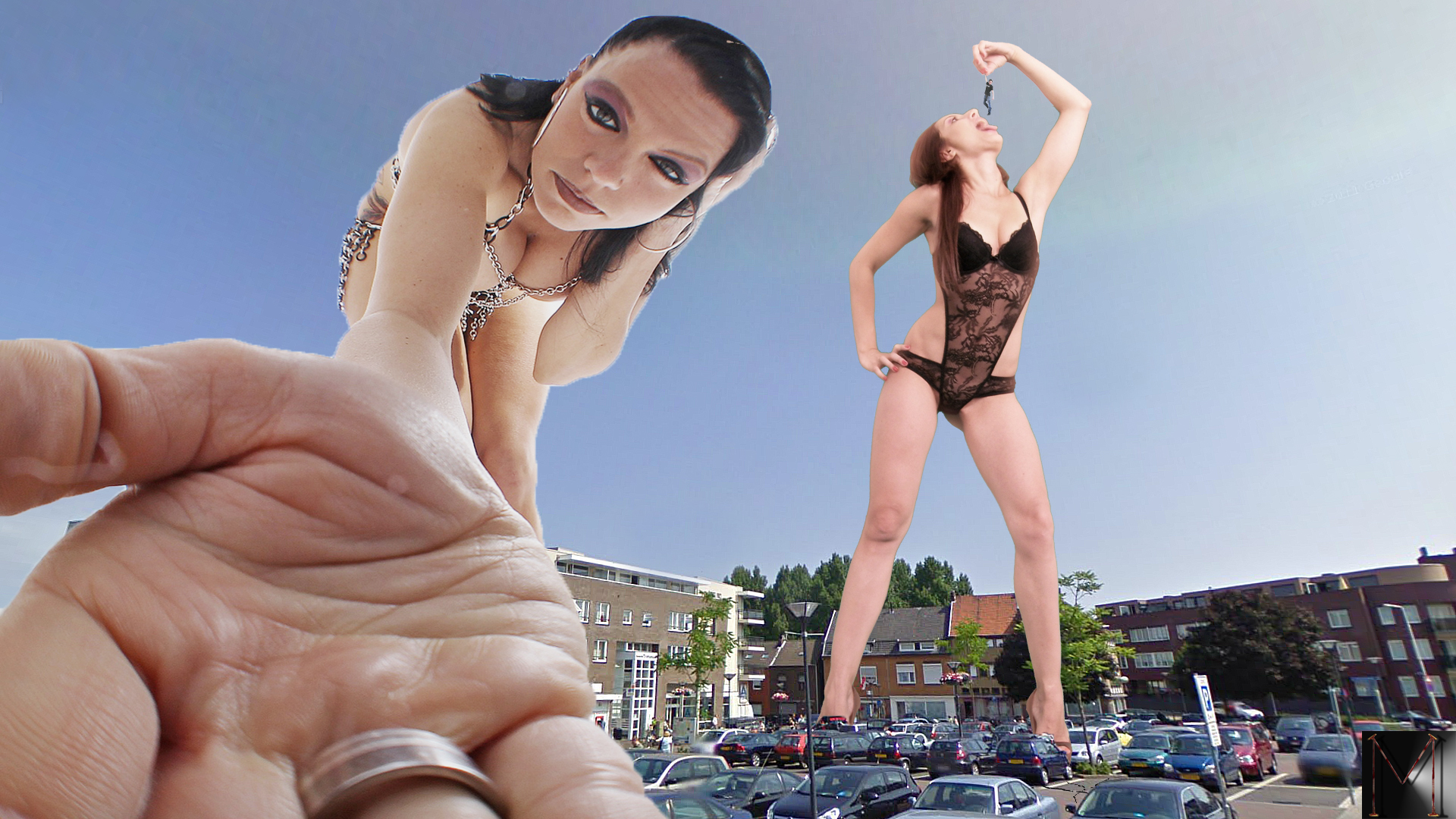