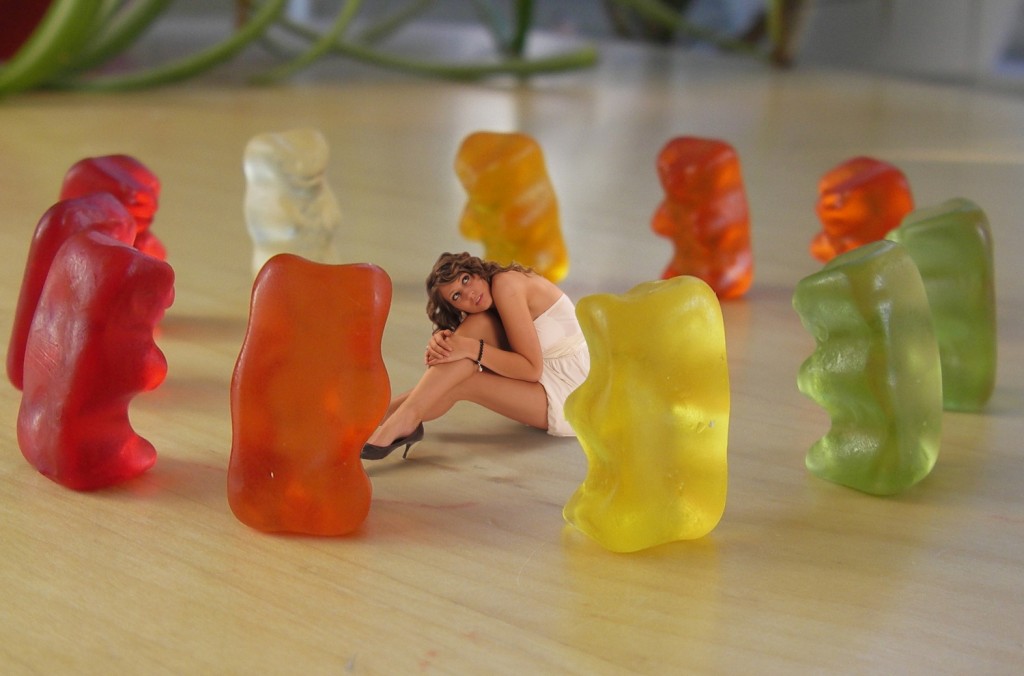 Giantesses feel so strong because they are huge. But this one knows the other side of the story. She suddenly became soo small… No one can tell why is that. Maybe it’s some kind of disease. Whatever it is, now she’s even smaller than the gummy bears.

Now she knows the feeling of being scared. It’s awful to be endangered by something huge. Now she has to live in constant fear, waiting for something to happen.

I believe that these gummy bears won’t do anything to her. But the feeling of being trapped is just awful…