How Long Can You Last Tiny Man?

When a tiny man crawls into the girl changing room he needs to be really careful where he goes as he runs the risk of getting crushed Â or captured by a giantess. This tiny man decided he wanted to see what was in the girls changing room so he went in but no sooner as he entered the room one of the girls in the changing room had spotted him. The tiny man tried to run from the pursuing giantess but he wasn’t fast enough and she quickly and easily caught him. Once she caught him she started explore his body with her hands. The little man was scared as he knew she could crush him if she wanted to but all the giantess wanted to see how much pressure the tiny man could take. To the tiny man’s surprise she got hold of his head and began yo squeeze very gently. After a few squeezes she could feel the tiny man’s skull begin to crack. Disappointed that the tiny man couldn’t take much pressure she decided to crush him between he fingers. 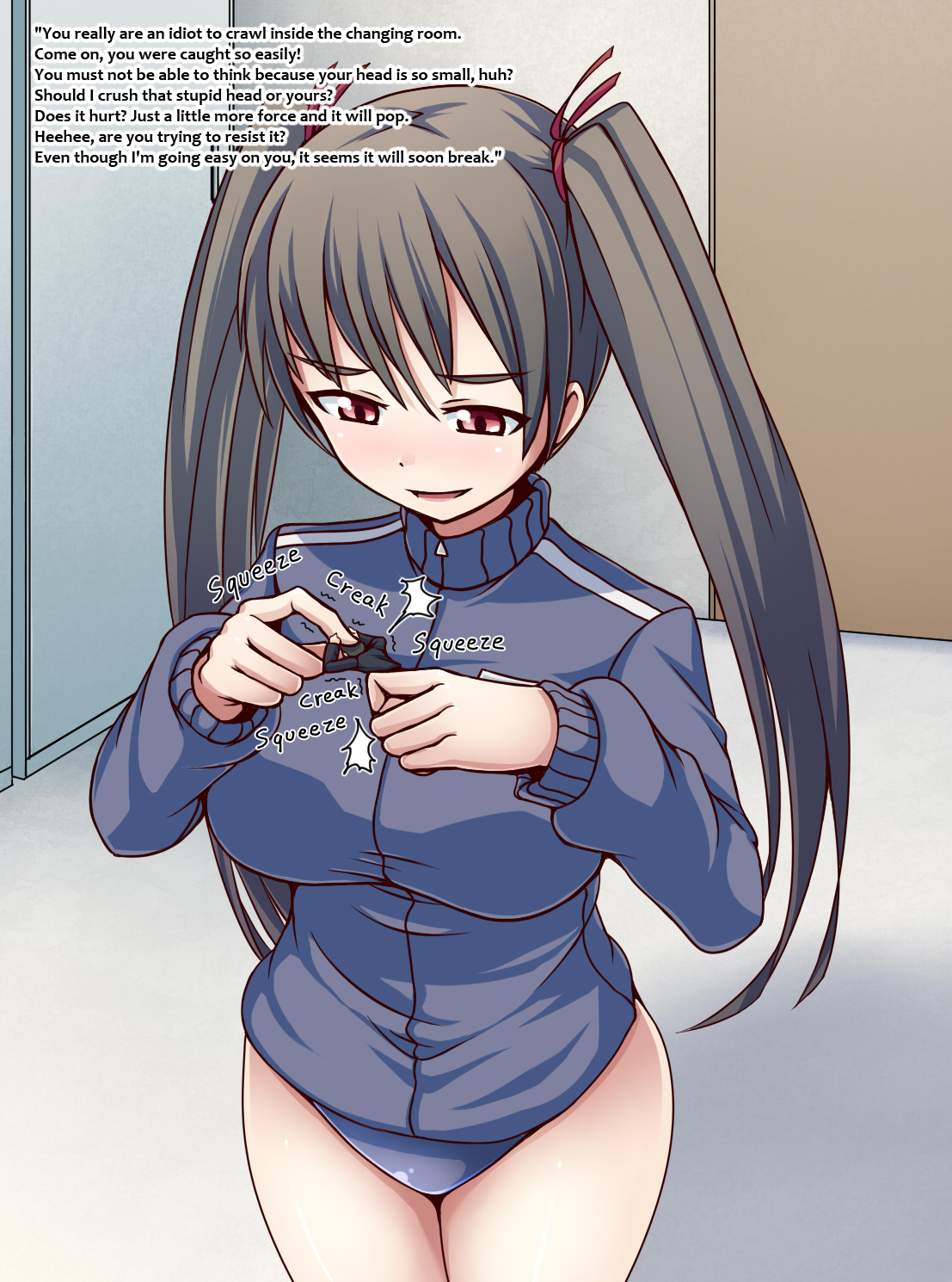