How Did You Get In?

Nobody actually knows how a tiny person manages to get in a house although there are some theories. Some people believe that they were once full sized people but were shrunk by an unknown source while others believe that tiny people actually live in the house and only come out when nobody is around. When this girl came home she noticed that two tiny people had broken into her house. A first she thought they were bugs but when she came down for a closer look she noticed that one of then was a tiny man and the other what a tiny woman. This made the giantess interested as she had never seen tiny people before. The tiny people could see the look of interest in the giantesses eyes she they wonder what the giantess had planned for them and if they would survive. 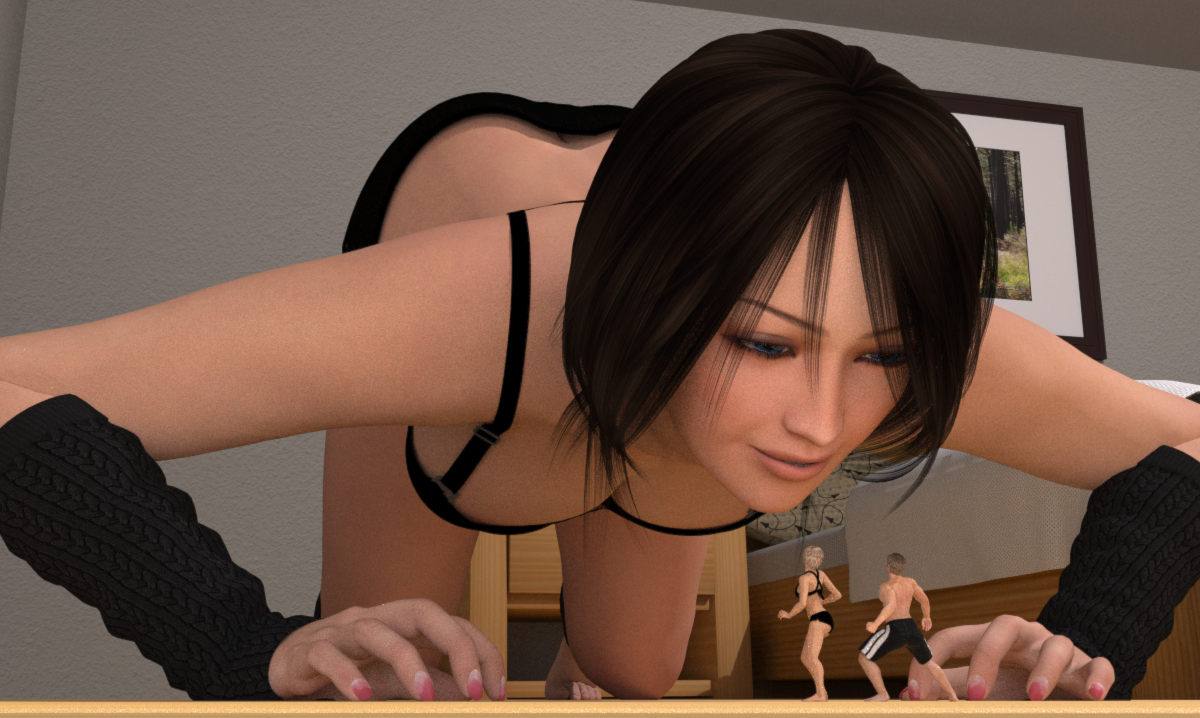