Any giantess can shrink a person but it take a special type of giantess to shrink a city. Some giantesses who can shrink a city often do as a shrunken city is a lot for fun to play with then one tiny person. This girl was a really keen collector and she had a large collection of shrunken objects and quite a few shrunken people but the thing she most wanted to shrink was a city but since there wasn’t a city close to her it was impossible. To make up for it she decided to make her own city for her tiny captives and then have a little fun with it and especially with her favourite shrunken person. 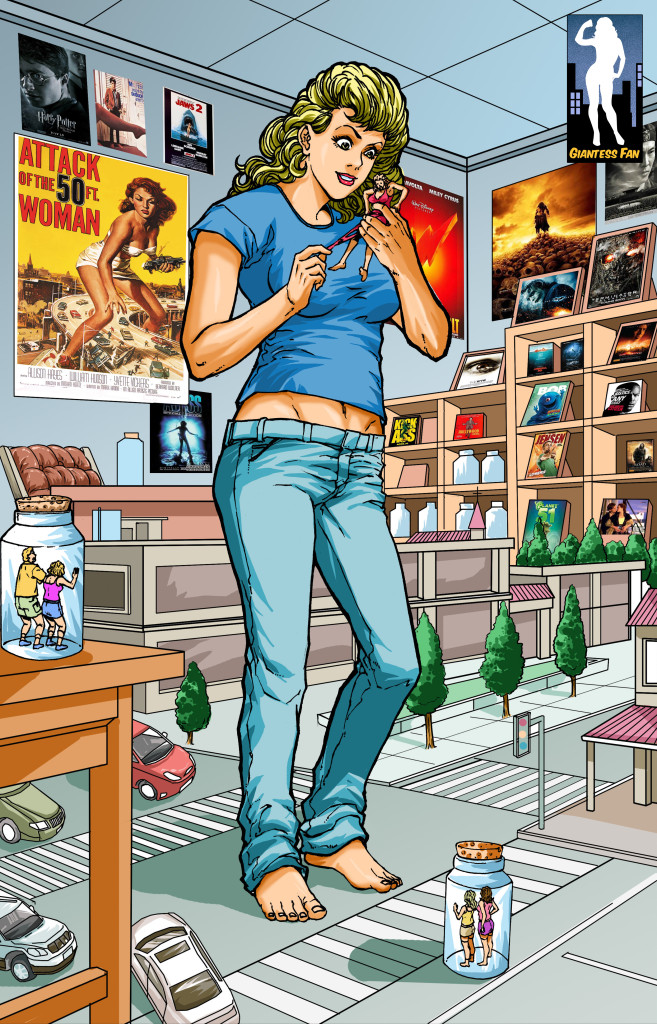 Yvette has a fetish for giant/shrinking people movies and collects everything about them, and has found a way to collect people who look like those in the films…such as the poor Allison Hayes look alike.