A man was out for his normal routine when all of a sudden he saw a giantess sitting behind a building. She wasn’t that close to his house as she had her feet stretched out and they came to just behind his house. The tiny man decided to take a picture of her. Once he did he noticed there was Â several climbers that were on top of her toes. One unfortunate climber however had fell off her foot while two of the climbers marveled at the view they got from her toes but the third climber tried to help their friend but was too slow as the fourth climber fell off her toes. 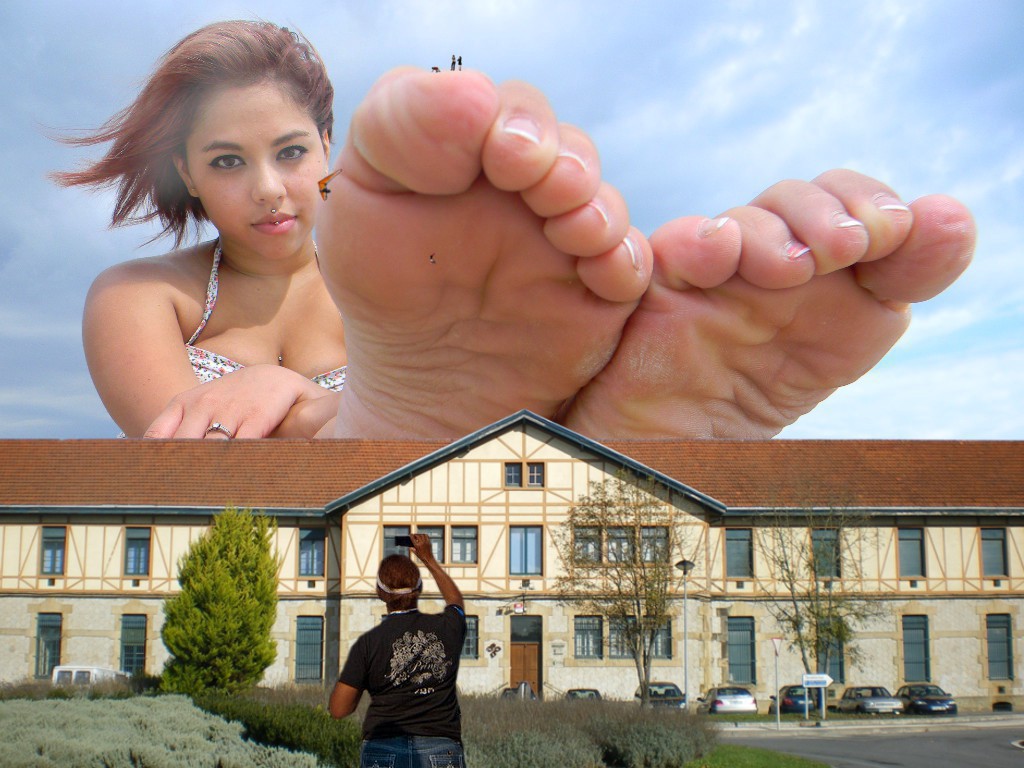