When a Giantess enters a city panic can spread among the tiny people who live there. However it only takes one brave person to find out what the giantess wants as she may not be there to cause trouble but most people are often too scared to even go near her as they know she could crush them without a second thought. When this giantess had entered the city every tiny person was already running for their lives. At first the giantess couldn’t understand why the tiny people where running from her but after a while she realized she was a giantess and that she could destroy the city if she wanted to. As the giantess walked through the city streets she noticed that a few tiny people inside the buildings had Â gotten their cameras out and were talking photos of her butt. Instead of crushing them the giantess thought would be a good idea to give those tiny people a Â show they won’t soon forget. 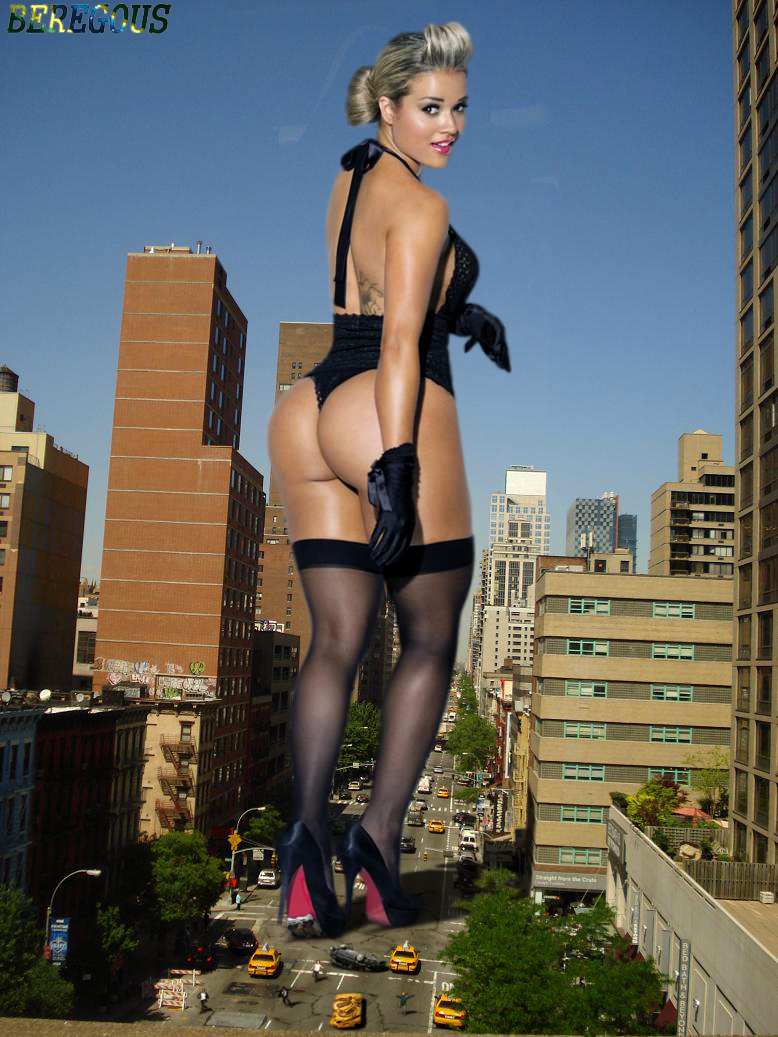 Posted in Pictures | Tagged as: butt, giantess collage, in the city, mega-gts | Leave a comment