After an accident at her school a girl suddenly found herself being 50ft tall. She was excited but she has some unfinshed business to take care of. The people that worked in a building that she did her day at work in where very mean to her and she wanted revenge. When she came to the building she sat down making sure the tallest tower of the company was between her legs before she closed them on the Tower with such force that the tower broke in half and the top half of the tower came down with a mighty crash ontop of the tiny cars Â bellow. 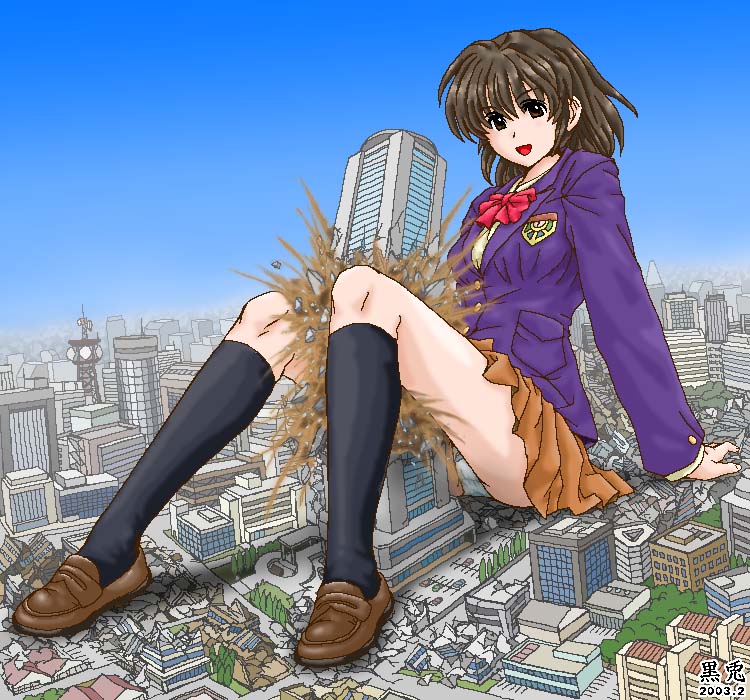 Posted in Pictures | Tagged as: anime, in the city, mega-gts, school girl | Leave a comment