The giantess was playing in the sea when all of a sudden she spotted a fleet of tiny wooden ships. The giantess was curious and went up to the ship but then they started firing at her the cannonballs didn’t hurt her very much in fact they kind of tickled her. The tiny people in the nearby harbour had spotted her and sent out the best ships to plan an all out attack before she could reach land. Once they realised that their fire power wasn’t effecting the giantess much Â they planned a get away but the giantess had moved around so much it was difficult to steer the fleet. 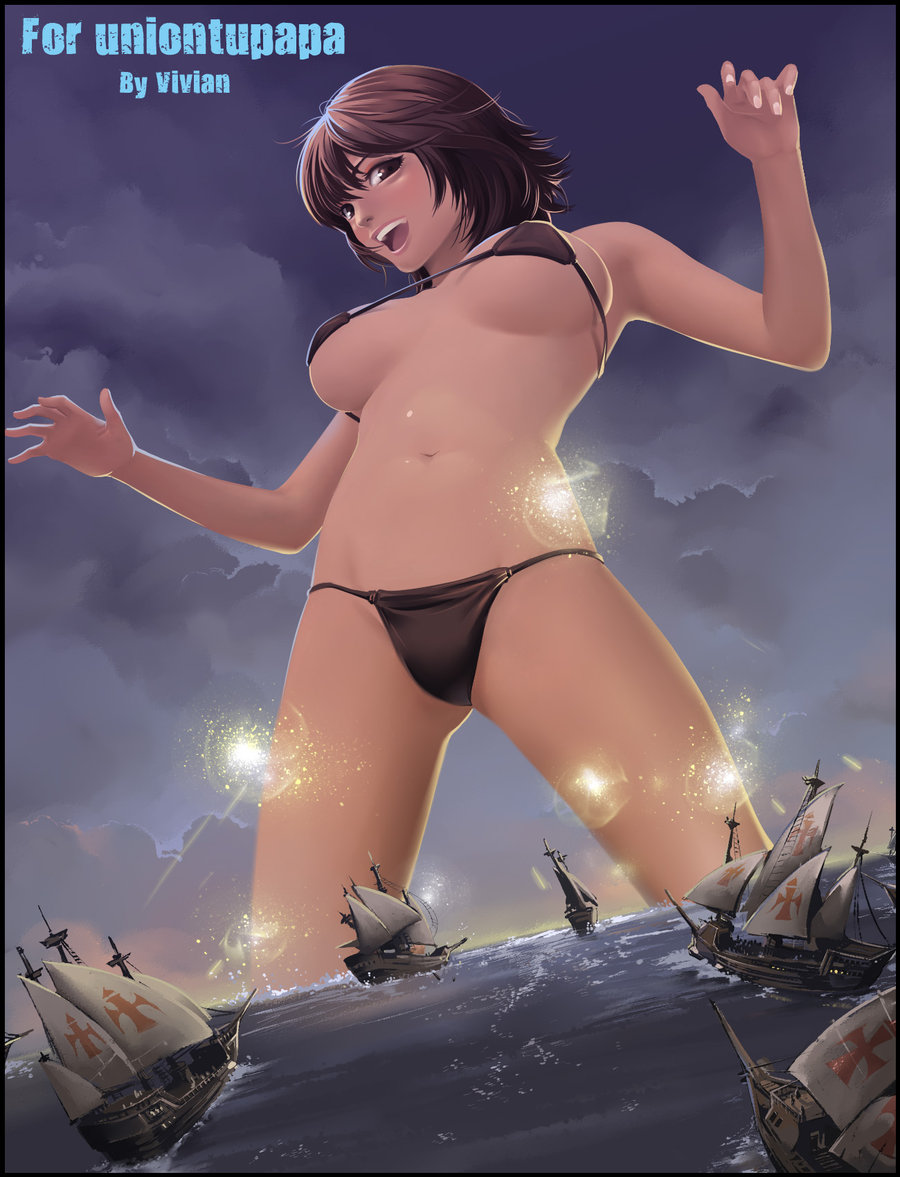