If there is one thing a giantess hates it is people staring at her when she wants to be alone. This giantess was exploring the city she decided she wanted to have a sit and rest so she looked for a nice place to sit down but looking for a nice place was hard as no bench would take her weight and she was too big to fit into a cafe or restaurant so she decided to sit on the street as it was the only place she could sit. Most people that went past her avoided her but there was one brave man who actually came up to her to have a closer look. The giantess however, just wanted to be left alone but the tiny man just wouldn’t go away. She thought about crushing him under her foot but that would be messy and she didn’t like to get her feet dirty so she decided she would use her shoe to crush him. Before she did however she asked him nicely to go away but when he wouldn’t she decided to go ahead and crush him with her shoe. 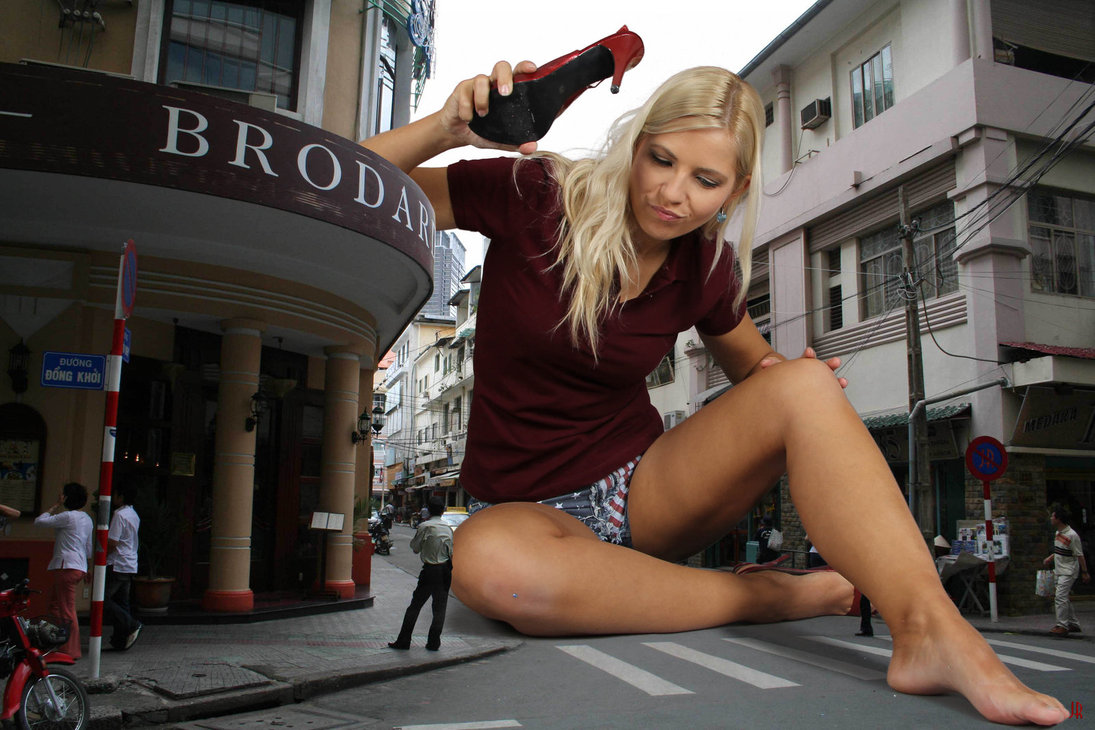 Posted in Pictures | Tagged as: giantess, in the city, sitting down | Leave a comment