It was a slow day in the city as the people went about their day to day lives when all of a sudden a huge shadow loomed over the city. The people of the city had to shield their eyes as the large object headed towards the news station. The people could now tell that it was a giant girl but now the question was that why was she headed for the news station and what was she planning on doing there. The giantess paid no attention or interest on who or what on Â as she made he way to the news station. When she got there she raised her foot and slammed it on the building laughing as she saw the building explode under her foot leaving only rubble behind. 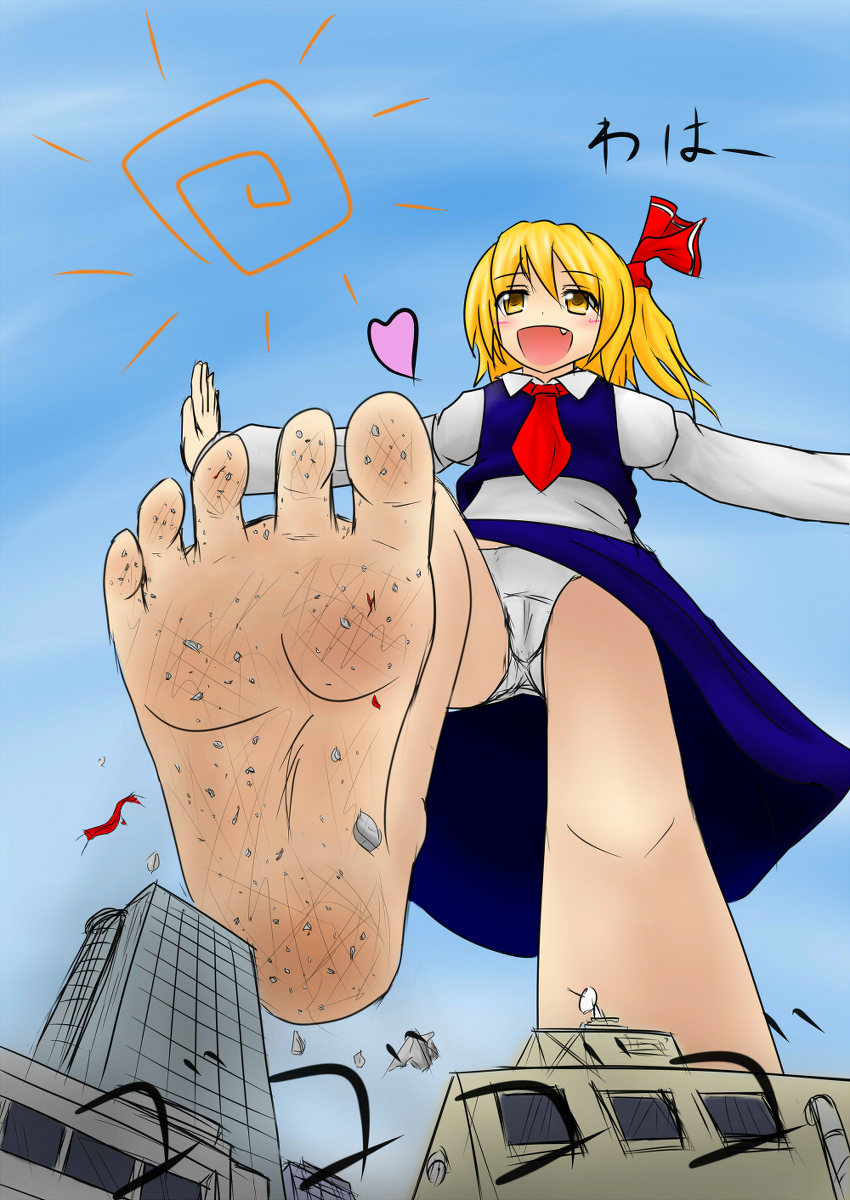 Posted in Pictures | Tagged as: anime, drawing, foot crush, in the city | Leave a comment